The Paradise Papers: How Ridiculously Easy It Is For The Rich To Avoid Taxes

What the idea of civilisational ‘collapse’ says about history | Aeon Essays

Social Media Is a Denial-of-Service Attack on Your Mind

The Hidden Life of Trees: What They Feel, How They Communicate – Discoveries from a Secret World by Peter Wohlleben

Suzanne Simard: How trees talk to each other | TED Talk | TED.com

'Our minds can be hijacked': the tech insiders who fear a smartphone dystopia

The Hidden Memories of Plants

A Song of Hope is released and you can view it at the YouTube link:
https://youtu.be/nqyFw-FJL8k
Enjoy
www.sinasra.com
www.albinism-namibia.org

Why Your Brain Needs More Downtime (2013)

Go Ahead, Tell Your Boss You Are Working From Home | Nicholas Bloom | TE...

The Man Who Was Allergic to Radio Waves | Popular Science

Health without wealth: eat well for less | Life and style | The Guardian

Buddhism can be as violent as any other religion | Aeon Essays

Buddhist scriptures measure internal time by how many breaths you take, and external (cosmic) time through the rotation of four kalpas, or aeons. Unlike in Abrahamic religions, time in Buddhism has no beginning. It is a constant cycle. There is no definitive amount of time given for each kalpa, but Buddhist scriptures provide suggestive analogies. In the Prajnaparamita Sutra, one kalpa lasts longer than the time required to wear away an 18,000-square-metre rock by brushing it with a piece of cloth once every 100 years.

The first kalpa is a formative and chaotic period. In the second kalpa, the chaos continues to unfold. It is only in the third kalpa in which the chaos declines, and the world enters into a rapid stage of evolution. The fourth and final kalpa is called the Age of Destruction. It ends with an apocalyptic rainfalthat destroys all life and sparks the beginning of the first kalpa. Buddhists believe that we are living in the fourth and final section of the last kalpa. The end of the kalpa will inevitably come and, when it does, a new Buddha will emerge: Maitreya, the Buddha-to-be. But Buddhists can forestall the end. The longer the Buddhist monks and their doctrine remain strong, then the slower the pace toward the end of the kalpa.

Buddhist traditions have different ways of identifying the signs of deterioration. According to legend, on the eve of the Siddhartha Gautama (the Buddha) becoming awakened, he was tempted by Mara, the embodiment of desire, death and rebirth. Although he conquered his desires and vanquished Mara, many Buddhists have believed that the re-appearance of Mara is a sign that the End Times have arrived. Others think that the erosion of their sacred Three Jewels signals the beginning of the end. In order to forestall the quickening of the End Times, Buddhists have fought against the manifestations of Mara and to preserve the integrity of their practices and doctrine.

If the Syngenta-ChemChina farming mega-merger goes ahead, just three countries will control the world's agriculture — Quartz

You're Too Busy. You Need a 'Shultz Hour.' - The New York Times

It's Easter and, More than Ever, American Christians Believe Jesus's Return is Nigh - Motherboard

Richard Posner: “The Real Corruption Is the Ownership of Congress by the Rich” -

When searching through this PDF file I realise that since 1575 more than 100 Bible translations have been banned.

It's sad that maybe in 2017 in Russia another Bible translation will be banned.

Welcome back to the dark ages 🙄 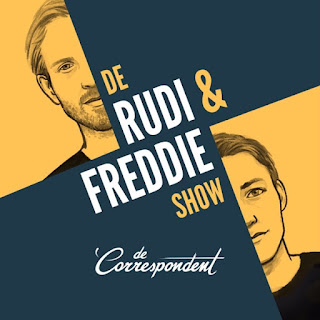 UW professor: The information war is real, and we’re losing it | The Seattle Times

Explanation of "habitual be".

The Unit of Caring
http://theunitofcaring.tumblr.com/post/120069621981/theres-a-frequently-misunderstood-construction

you gave me wings when you showed me birds

[There's a] frequently misunderstood construction that linguists refer to as the "habitual be." When speakers of standard American English hear the statement "He be reading," they generally take it to mean "He is reading." But that's not what it means to a speaker of Black English, for whom "He is reading" refers to what the reader is doing at this moment. "He be reading" refers to what he does habitually, whether or not he's doing it right now.

D'Jaris Coles, a doctoral student in the communication disorders department, and a member of the African-American English research team, gives the hypothetical example of Billy, a well-behaved kid who doesn't usually get into fights. One day he encounters some special provocation and starts scuffling with a classmate in the school yard. "It would be correct to say that Billy fights," Coles explains, "but he don't be fighting."

Janice Jackson, another team member who is also working on a Ph.D. in communication disorders, conducted an experiment using pictures of Sesame Street characters to test children's comprehension of the "habitual be" construction. She showed the kids a picture in which Cookie Monster is sick in bed with no cookies while Elmo stands nearby eating cookies. When she asked, "Who be eating cookies?" white kids tended to point to Elmo while black kids chose Cookie Monster. "But," Jackson relates, "when I asked, 'Who is eating cookies?' the black kids understood that it was Elmo and that it was not the same. That was an important piece of information." Because those children had grown up with a language whose verb forms differentiate habitual action from currently occuring action (Gaelic also features such a distinction, in addition to a number of West African languages), they were able even at the age of five or six to distinguish between the two.

The scientific method in action.

In one of the best examples of science working, a researcher who provided key evidence of (non-celiac disease) gluten sensitivity recently published follow-up papers that show the opposite.

The paper came out last year in the journal Gastroenterology. Here's the backstory that makes us cheer: The study was a follow up on a 2011 experiment in the lab of Peter Gibson at Monash University in Australia. The scientifically sound - but small - study found that gluten-containing diets can cause gastrointestinal distress in people without celiac disease, a well-known autoimmune disorder triggered by gluten. They called this non-celiac gluten sensitivity.

Gluten is a protein composite found in wheat, barley, and other grains. It gives bread its chewiness and is often used as a meat substitute: If you've ever had 'wheat meat', seitan, or mock duck at a Thai restaurant, that's gluten.

Gluten is a big industry: 30 percent of people want to eat less gluten. Sales of gluten-free products are estimated to hit $US15 billion by 2016.

Although experts estimate that only 1 percent of Americans - about 3 million people - actually suffer from celiac disease, 18 percent of adults now buy gluten-free foods.

Since gluten is a protein found in any normal diet, Gibson was unsatisfied with his finding. He wanted to find out why the gluten seemed to be causing this reaction and if there could be something else going on. He therefore went to a scientifically rigorous extreme for his next experiment, a level not usually expected in nutrition studies.

For a follow-up paper, 37 self-identified gluten-sensitive patients were tested. According to Real Clear Science's Newton Blog, here's how the experiment went:

Subjects would be provided with every single meal for the duration of the trial. Any and all potential dietary triggers for gastrointestinal symptoms would be removed, including lactose (from milk products), certain preservatives like benzoates, propionate, sulfites, and nitrites, and fermentable, poorly absorbed short-chain carbohydrates, also known as FODMAPs. And last, but not least, nine days worth of urine and faecal matter would be collected. With this new study, Gibson wasn't messing around.

The subjects cycled through high-gluten, low-gluten, and no-gluten (placebo) diets, without knowing which diet plan they were on at any given time. In the end, all of the treatment diets - even the placebo diet - caused pain, bloating, nausea, and gas to a similar degree. It didn't matter if the diet contained gluten. (Read more about the study.)

"In contrast to our first study… we could find absolutely no specific response to gluten," Gibson wrote in the paper. A third, larger study published this month has confirmed the findings.

It seems to be a 'nocebo' effect - the self-diagnosed gluten sensitive patients expected to feel worse on the study diets, so they did. They were also likely more attentive to their intestinal distress, since they had to monitor it for the study.

On top of that, these other potential dietary triggers - specifically the FODMAPS - could be causing what people have wrongly interpreted as gluten sensitivity. FODMAPS are frequently found in the same foods as gluten. That still doesn't explain why people in the study negatively reacted to diets that were free of all dietary triggers.

You can go ahead and smell your bread and eat it too. Science. It works.

This article was originally published by Business Insider.

The Future of Not Working - The New York Times

Most scientists 'can't replicate studies by their peers' - BBC News

This is what happens when you reply to spam email

This is what happens when you reply to spam email

Where is cybercrime really coming from?

Where is cybercrime really coming from?

Why you should love statistics

Why you should love statistics

What makes the perfect office?

The New Criterion - A Review of the Arts + Intellectual Life