Total Perspective Vortex
The most horrifying form of torture/punishment in the known Universe. The Total Perspective Vortex (it's so mind bogglingly terrifying it even gets Capital Letters) is a small, featureless steel box, barely big enough for one man to stand in.
The hopeless victims stand in the Vortex, and are suddenly shown, for the merest instant, the whole of the Universe: the whole infinity of creation, spanning over several trillion light years, and countless millennia, with an insignificant dot saying "You Are Here".
The victims, totally demoralised by their experience, fall dead from the vortex, wherupon they become the burden of the Vortex' custodian, Pizpot Gargravarr.
To date, Zaphod Beeeblebrox (former President of the Galaxy, and "The best bang since the Big one") is the only man to have survived the vortex, solely because he is a hoopy frood and the Vortex told him as much.
The total perspective vortex derives its picture of the whole Universe on the principle of extrapolated matter analyses.
To explain - since every piece of matter in the Universe is in some way affected by every other piece of matter in the Universe, it is in theory possible to extrapolate the whole of creation - every sun, every planet, their orbits, their composition and their economic and social history from, say, one small piece of fairy cake.
The man who invented the Total Perspective Vortex did so basically to annoy his wife.
Trin Tragula - for that was his name - was a dreamer, a thinker, a speculative philosopher or, as his wife would have it, an idiot.
And she would nag him incessantly about the utterly inordinate amount of time he spent staring out into space, or mulling over the mechanics of safety pins, or doing spectrographic amalyses of pieces of fairy cake.
"Have some sense of proportion!" she would say, sometimes as often as thirty-eight times in a single day.
And so he built the Total Perspective Vortex - just to show her.
And into one end he plugged the whole of reality as extrapolated from a single piece of fairy cake, and into the other end he plugged his wife: so that when he turned it on she saw in one instant the whole infinity of creation and herself in relation to it.
To Trin Tragula's horror, the shock completely annihilated her brain; but to his satisfaction he realised that he had proved conclusively that if life is going to exist in a Universe of this siz, then the one thing it cannot afford to have is a sense of proportion.
Gepost door Jan Romme op 2:24 p.m. 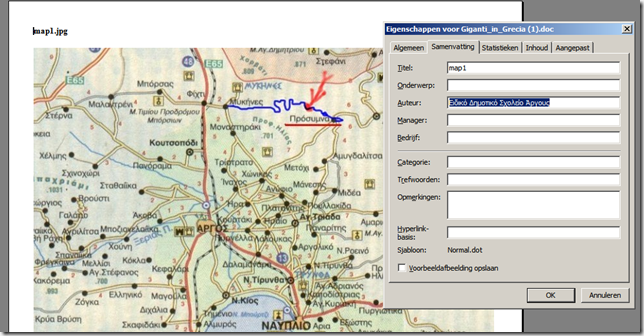 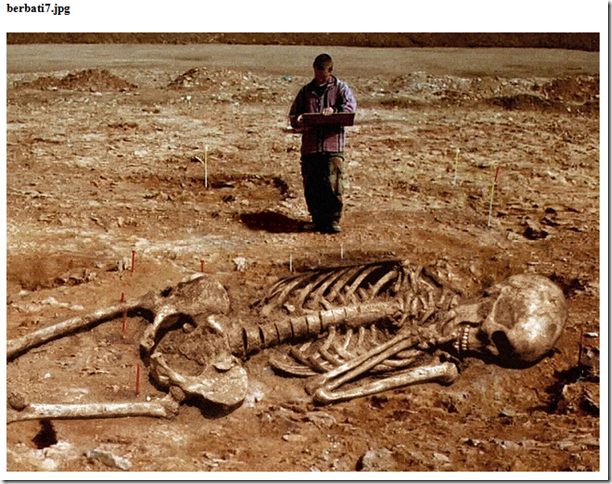 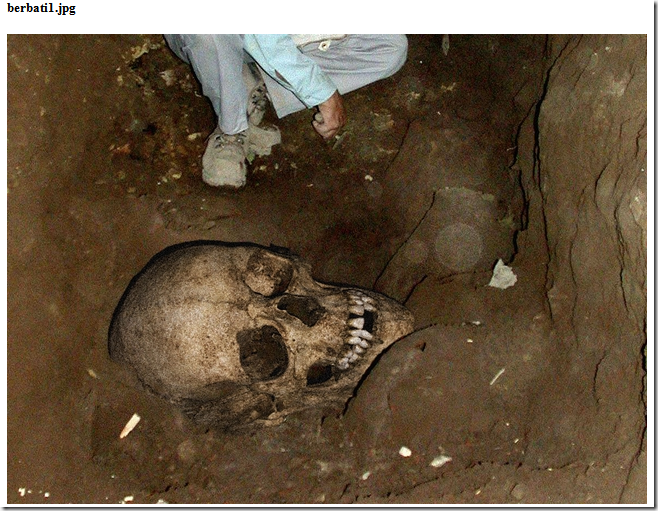 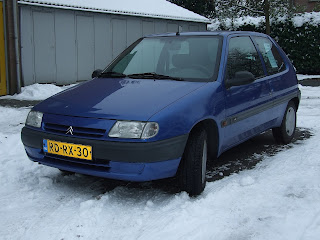 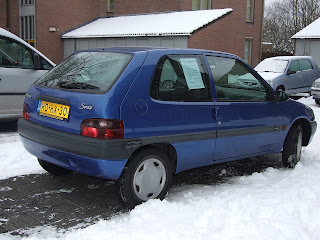 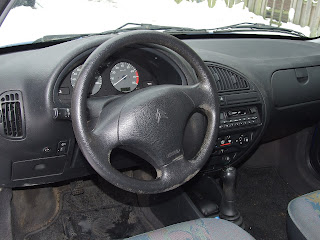 Dear friends/ lieve vrienden,
Normally I would not do this, but for this I make an exception.
As you may know, Brother Tawiah in our group suffered a stroke over a year ago and so we had to clear his house and sell his car.
We would prefer it would go to a brother or sister who could really use it well. Would you happen to know someone? Please let me know if you do.
Below you will find the details of the car.
Normaal gesproken zou ik dit niet doen, maar nu maak ik een uitzondering.
Zoals jullie wellicht weten, heeft broeder Tawiah uit onze groep ruim een jaar geleden een beroerte gehad. We hebben nu zijn huis leeg gehaald en verkopen ook zijn auto.
We zouden die het liefst aan een broeder of zuster overdoen die hem echt goed kan gebruiken. Zouden jullie zo iemand kennen? Laat het me even weten.
Onderstaand de gegevens van de auto.
Thanks for thinking along with us! / Dank jullie wel voor het meedenken!
Greetings/ Groeten,
Sander
Citroën Saxo 1.1
Bouwjaar 1997
Km-Stand 185.000
Stuurbekrachtiging
Airbag
Centrale portiervergrendeling
APK tot 18 Juni 2010
Vraagprijs: € 1750,- is bespreekbaar
Gepost door Jan Romme op 1:04 p.m.